The 14th Laser Society of Japan Industry Award for 2022 has been decided as follows.

Overview of The Laser Society of Japan Industry Award

The Laser Society of Japan awards The Industry Award to the supporting members of the Society for their excellent achievements contributing to the development of the domestic laser-related industry in the practical application, and the dissemination of laser-related products and technologies.

The quality of the application contents was highly competitive overall this time, but finally selected 6 cases.

XTIA Ltd. has developed distance measurement technology using optical comb, and the “Optical Comb 3D profile measurement system” in-line inspection device was released for the industrial use of measuring instruments that achieve both long distance, high accuracy, and high speed in 2016. As a result, 100% inspection of parts is realized in many automobile manufacturers. The feature of this device is that it adopts a method using an external modulator called Fabry-Perot Electro-Optical Modulator (FP-EOM) and is incorporated in the inspection device as a device with a small modular structure. By generating multiple optical combs with the different frequency intervals, phase noise is canceled out and a measurement error of up to 7 μm is achieved for distance measurement up to 90 m. It has a large market share in sales volume and amount in the visual inspection market, and it is expected that the measurement technology will replace sensory inspection that accounts for 80% of the inspection of medium and large parts in the future. Therefore, Laser Industry Award for Excellent Product will be awarded.

ADVANTEST CORPORATION has developed the Terahertz Spectroscopic/Imaging System using two femtosecond fiber lasers developed in-house to generate and detect terahertz waves. By controlling the repetition frequency and phase of each laser mounted on this system with high accuracy using optical and electronic control technology, the terahertz pulse waveform of subpicoseconds can be measured at high speed and with low jitter. In addition, they also developed a unique broadband terahertz emitter using nonlinear crystal. Since its launch in 2012, it has a high track record and reputation as a terahertz application product for industrial applications in Japan, Asia, Europe, and the United States. It is expected that the next-generation wireless communication (Beyond5G) market, which has a great demand for these products, will continue to expand significantly in the future. In addition, it is expected the creation of markets such as the non-destructive inspection market and medical diagnostic equipment by the advantage of non-destructive and non-invasive characteristics of these products. In particular, the fact that is accumulating technology through industry-academia collaboration, including RIKEN which leads terahertz research, is highly evaluated. Therefore, Laser Industry Award for Excellent Product will be awarded.

This fiber laser machine has a made in-house fiber laser oscillator equipped with original beam control technology, and by combining it with 3-axis linear control of the world’s fastest (340 m / min) linear motor drive. It has achieved automatic optimum machining corresponds to the material and shape. In addition, it is possible to realize zero downtime by performing self-diagnosis with high accuracy by the AI judgment function by the camera, and it can be said that the high productivity due to this makes a great contribution to the industrial field. After the start of sales in December 2020, the product is expanded not only in Japan but also in overseas markets. It is based on these automation technologies that have a high affinity with DX (digital transformation) and productivity improvement can be expected. Therefore, Laser Industry Encouragement Award will be awarded.

As a high-power laser marker that can directly mark the QR code on the label of PET bottle, it has been on sale since June 2021. The feature is that laser marking by arranging independently controlled 192 channels of 10W semiconductor lasers (LD) in an array, differently from the conventional galvano scanner method, enables high-speed printing of complex shapes such as images, barcodes, and QR codes. In addition, it has been introduced into high-speed production lines, and is expected to be applied to the traceability of foods and products. In the future, high-output LD can be independently and high-speed precision controlled on multiple channels, so it can be expected to be applied to laser welding and LIFT (Laser-Induced Forward Transfer). Therefore, Laser Industry Encouragement Award will be awarded.

“Contribution to the laser industry, science and technology of homeland by producing and supplying high-quality single crystal and laser sources” OXIDE Corporation

Since its establishment in 2000, OXIDE Corporation has been developing and commercializing a wide variety of high-quality single crystals for lasers, as one of the few companies with crystal growth technologies, which is the core of products related to solid-state lasers.  Recently, the company has expanded its business to the manufacturing and sales of laser equipment. It has greatly contributed to the expansion of industrial applications of lasers as well as the mass production and market expansion of the world’s most advanced semiconductors. It is expected to contribute not only to the laser industry but also to the optical industry in the future. Therefore, Laser Industry Contribution Award is awarded.

Since its founding in 1996, main product of Primearth EV Energy Co.,Ltd. has been in-vehicle secondary batteries, and it has developed and applied high-speed, high-quality sealing welding using lasers. This technology is a method of coaxially synthesizing and welding a semiconductor laser (high absorption rate) and a fiber laser (high light collection property). The fiber laser is superimposed on the center of the molten pool formed by the semiconductor laser to form a hot water flow, and by eliminating the formation of keyholes, spatter less and high productivity is realized. The production of secondary batteries is expected to expand dramatically in line with the current world trend, and further, it can be expected to be applied to the production of secondary batteries besides in-vehicle use. So, it can be expected to contribute to the realization of a carbon-free society. Therefore, Laser Industry Contribution Award will be awarded. 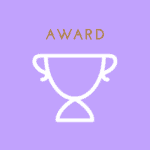